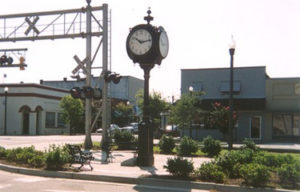 Loris City was an untapped, under populated town just 90 years ago. J.W. Ogilvie, who settled down in Horry County a scant 15-years after the War Between the States, wrote in 1909, “Loris was unknown. The site of that coming city was but a worn out corn field that would not have brought at forced sale more than 25 cents an acre.” Much has changed since then. Now, Loris is a bubbling city with a few thousand people, a nearby hospital, franchise restaurants, various ethnic food, and one of the more racially diverse populations in South Carolina.

“…but according to one story, the land was named after a favorite Chadbourn family pet, a dog.”

The Chadbourn Lumber Company was rolling through vacant Carolina land in the 1890s, plowing through trees and laying down railroad tracks, and purchased the Loris area property from James Gould Patterson. Historians are unsure exactly why the lumber company named the area Loris, but according to one story, the land was named after a favorite Chadbourn family pet, a dog. The town-s first major cash crop was tobacco, and by 1909 Loris sold over 1,500,000 pounds in just one season. By the time the mid-1930s rolled around, 50% of South Carolina-s tobacco product grew within a 25-mile radius of Loris.

Loris is a little over 15-miles away from the Alabama Theater and the Long Bay Symphony in Myrtle Beach and about 90-miles away from Charleston city limits. Just outside the bustle and commotion of these larger, more crowded communities, Loris provides safe haven for retirees seeking warm weather and a great location. Loris is also home to four different golf courses, and duffers will find an additional ten courses within 16-miles of town.